If you tried to find or write SUMIF in Power Query, you won’t be able to because there isn’t one! But that doesn’t mean that we can’t do a SUMIF in PowerQuery. There is something known as a “Group By” feature in Power Query which offers the same (and a lot more) functionality as the SUMIF function in Excel.

Here is some random Sales Data 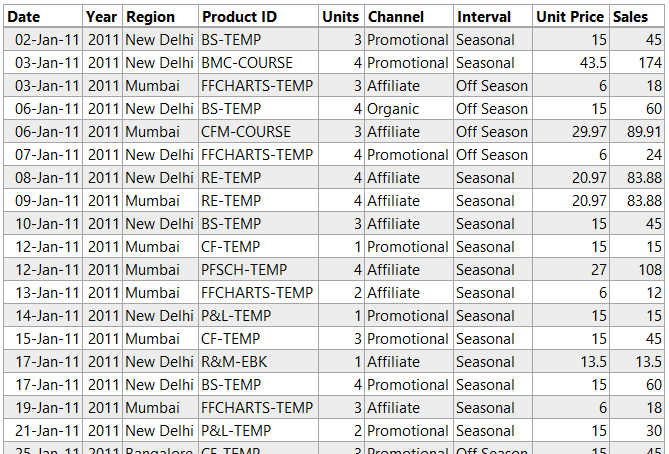 and I would have to write a SUMIF formula (or may be create a pivot) to be able to summarize Total Sales and Total Units as per Year and Region. The result would look something like this.. Doing a SUMIF in Power Query

In Power Query the equivalent of SUMIF is the “Group By” Feature in the Transform Tab. By using this feature you can not only do a SUMIF but also other IF based aggregations like COUNTIF, MINIF, MAXIF, AVERAGEIF, DISTINCTIF

Now since I would like to summarize the data by Year and Region. I would have to extract the Year from the Dates. To do that Now that we have both the fields (years and regions) we can use the Group By Feature a.k.a SUMIF

If you noticed carefully, while selecting calculations in Group By, it allows you to choose between aggregations like COUNTIF, AVERAGEIF, MAXIF, MINIF and even DISTINCTIF.

This is so cool! Using Group By to calculate Percentage % of Total

Until now all of what I have shared with you is the standard application of Group By Feature. Using the same I can also calculate % of total by using “All Rows” (which we din’t speak about)

But before I proceed I want to give you a glimpses of what I am trying to achieve. I would like to calculate % contribution of each region in the entire year for both Total Sales and Total Units

If it were excel, I would have done something like this..

Let’s start again from where we left our last query. I am going to duplicate the query (right click on the query and choose duplicate) and work further on it

Wanna watch a Video Instead ?